50 Years Later: Hailing The Importance Of The Beatles’ “Revolver” 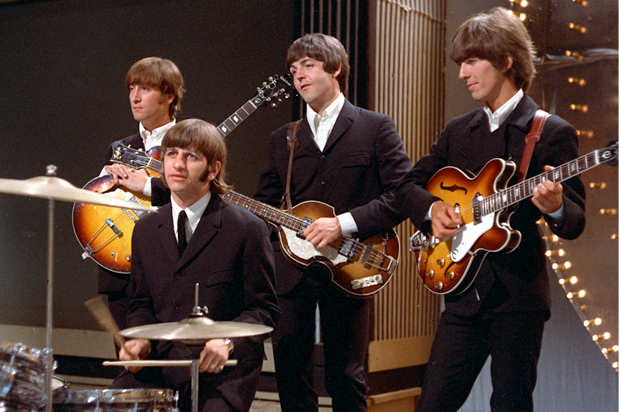 Although Baby Boomers get some well-earned flack for their disproportionate influence on modern culture, cross-generational resentment shouldn’t prevent younger listeners from appreciating the major milestone represented by the 50th anniversary of the Beatles’ “Revolver.” The album was transformative not only for the talented band but for rock music as a whole. In a 21st century soundscape where artists of every genre casually repurpose older music in new compositions, “Revolver” might not seem as incredible as it did when it was first released. There are lots of different factors that made “Revolver” groundbreaking, though, and it retains a relevance today that many of its contemporary albums have lost.

“Revolver” was distinctive for being far more eclectic than the Beatles’ previous efforts. On their previous album, “Rubber Soul,” the band had stuck firmly to an acoustic folk music feeling. The album before that, “Sgt. Pepper’s Lonely Hearts Club Band,” was orchestral and psychedelic. Both of those albums were sheer brilliance. (“Sgt. Pepper’s” in particular has suffered from some hype backlash, but it’s still well worth a listen. Even setting aside its status as a concept album, it contains a lot of great music.) “Revolver” is a portrait of an inquisitive band caught in the middle of a worldwide musical odyssey. It features Indian ragas, acid psychedelia, chamber pop, and flat-out rock. The album is stretched to its limits; attempting to slip another genre onto the record would likely have ruined its cohesion.

One reason that the eclectic style of “Revolver” wound up working was because the three songwriters in the Beatles had come to, if not an understanding, at least a truce respecting their varied interests. In their formative years, the Beatles were very much John Lennon’s band. Success and stardom turned them into Paul McCartney’s group. Lennon descended into a haze of contrariness and chemical experimentation that made him a poor collaborator. At the same time, the diplomatic McCartney was exploring his interests in the contemporary art scene and cultivating a sophisticated taste that brought new depth to every album. Both men were clearly at the height of their powers and retained at least some ability to work together.

George Harrison might have been the biggest winner here, as his frustrations and the band’s general turmoil enabled him to contribute three exceptional songs – “Taxman,” Love You To,” and “I Want to Tell You” – to the album.

When combined with the catchy “And Your Bird Can Sing” and the psychedelic “Tomorrow Never Knows” contributed by Lennon and “Eleanor Rigby” and “For No One” coming from McCartney, the songs made up a truly epic playlist – and the second side of the record was still empty.

“Revolver” also deserves consideration as the Beatles’ first real “studio” album. Though it would be thought primitive today and was outshone even in its heyday by California facilities, Abbey Road became the perfect crucible for hammering out exotic sounds. Producers Geoff Emerick and George Martin moved metaphorical mountains to introduce strange instruments, sample and loop musical snippets, and explore the mad ideas Lennon brought to the recording sessions. (He famously insisted on recording one take through a condom-wrapped microphone immersed in water.)

The studio sophistication of “Revolver” wasn’t entirely a good thing. It signaled the beginning of the end for the Beatles as a live performance band. The idea of replicating the album’s heavily-processed songs on stage seemed utterly impossible.

There are other weak spots in the “Revolver” legend as well. The bright “Good Day Sunshine” and faux-Motown “Got to Get You Into My Life” show McCartney at his most derivative and forced. For all its charm, “Yellow Submarine” comes perilously close to breaking the album’s strange stylistic synergy. Snipping all three tracks out of “Revolver” would leave an excessively dark album behind, but including all three causes the facade to crack ever so slightly.

One of the points worth marveling at is just how fast music was moving when “Revolver” was released. Bob Dylan reinvented his own sound with the progressive “Blonde on Blonde” in that same year, and the Rolling Stones followed other bands into the confusing waters of psychedelic rock. ’68 and ’69 would see a wholesale retreat from the sort of experimentation exemplified by “Revolver.” Both Dylan and the Stones retreated into heavily country-influenced music. Other major acts like Van Morrison, Joni Mitchell, and The Band were also drawing their inspirations from the past. Jimi Hendrix – perhaps the last best hope for continued boundary-pushing in the spirit expressed on “Revolver” – died in 1970.

Culturally, “Revolver” effectively had to wait to make its last impact on the next generation. It was too challenging for pre-pubescent teens in the ’70s and ’80s, but its wild, brave sounds would get one last echo when they inspired the greatest indie bands of the ’90s. (Think where groups like Oasis, Pavement, Radiohead, or the Stone Roses would be without “Revolver.”)

Lennon made his infamous comment claiming that the band had become more popular than Jesus just before “Revolver” was released. Lennon’s brash words set off a storm of negative attention, but when the new album appeared it was clear that the Beatles had in fact become deities of rock.