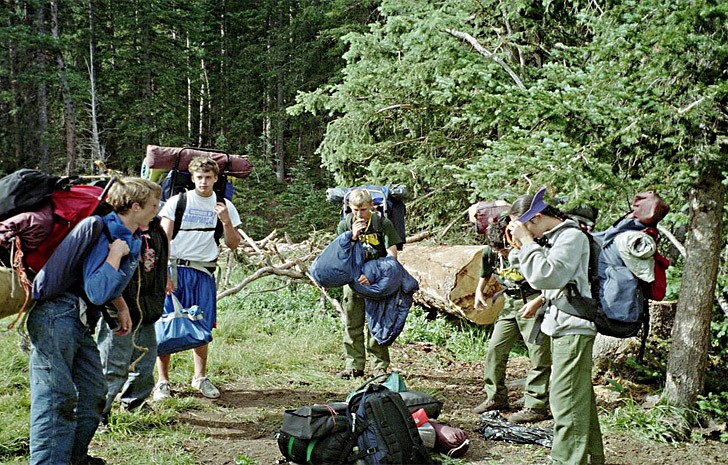 A study suggests that individuals who were guides or scouts during their childhoods end up having better mental health when they are older.

A study of 10,000 individuals found that ex-members had a 15% less chance compared to other adults of suffering from mood disorders or anxiety when they were 50 years old.

It is believed by researchers that it may be the lessons in resolve and resilience that these organizations provide that has a permanent positive impact.

These researchers were from Glasgow and Edinburgh universities.

They examined the data coming from a lifelong study called the National Child Development Study of nearly 10,000 individuals born in November 1958 from across the UK.

Approximately one quarter of the participants in the study had been guides or scouts.

According to the researchers, their findings indicate that these programmes can assist children with developing skills like teamwork and self-reliance, and encourage them to be active outdoors, all of which can have lifelong benefits.

The team suggested that participating in the scouts or guides might help with building resilience against some of life’s more common stresses, or it might help to increase an individual’s chances to achieve more in his or her life, making them less likely to experience stress.

Professor Chris Dibben, lead researcher from the School of Geosciences at the University of Edinburgh said it was very startling that the benefit was found in individuals so many years after them attending scouts or guides.

He added that they expected that the same principles apply to today’s guides and scout, and so that, considering the high costs that mental ill-health has on society and individuals, that focusing on voluntary youth programmes like scouts and guides makes sense.

In an interview with the Good Morning Scotland programme on BBC Radio, Professor Richard Mitchell, from the University of Glasgow’s Centre for Research on Environment, Society and Health, said that other kinds of volunteering did not evidence the same benefit.

He added that the results they received indicated that it did appear to be specific to guides and scouts. He said they didn’t find the same protective effect from things like church groups or volunteering.

He said he believed the reason for this was due to how the activities that guides and scouts do are structured.

When you consider what happens at guides and scouts every week, you are constantly being faced with new challenges. With help from your friends you learn how to overcome them and acquire new skills as well.

He said he thought that at the heart of this effect was getting used to having to overcome unexpected situations.

The Girlguiding organisation and Scout Association welcomed the findings.

Bear Grylls, the Chief Scout, said he was very proud of the fact that scouting offers young people the chance to develop the skills needed for being resilient and dealing with whatever life happens to throws their way.

Tim Kidd, the chief commissioner for the UK scouts, says that being a scout taught him lifelong skills.

He said he wasn’t ever great at being a sportsman or outdoor activities, but that the scouts had helped him find those kinds of skills.

He added that it also taught him about speaking with people and leadership despite being shy.

The vital lessons that he said he learned were teamwork and leadership.

He says that whether it’s playing games, going to camp, or climbing a mountain, all of those things help young people learn how to be resilient.

Eighteen year old Emma Brodey, who is a Girlguiding Advocate Panel member, says that Girlguiding for more than 100 years has been for girls.

She says it provides a safe space where girls can be themselves, escape from all of the pressures in their lives and help to build their confidence.

Every week women tell them that their memories and accomplishments through guiding have remained with them throughout their lives, so that it’s incredible to see research that shows the long-term benefits of being a Girlguiding member.

The study appeared in the Journal of Epidemiology and Community Health and received support from the Economic and Social Research Council.