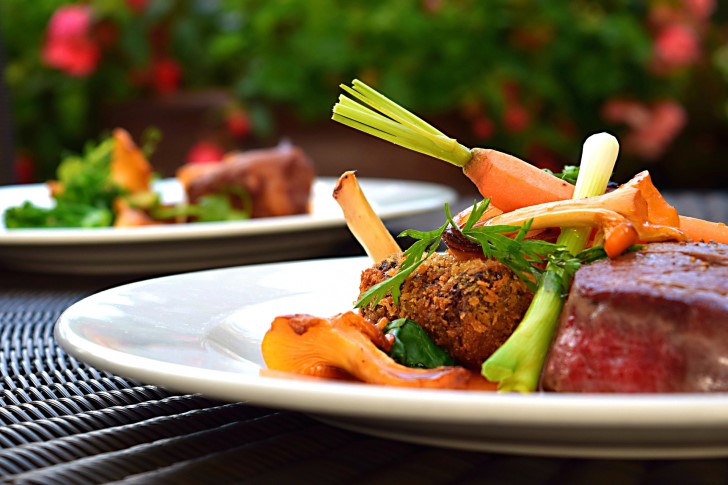 Healthy eating is something that most of us feel we know quite a bit about, take carrots for example, who doesn’t love carrots? Not only do they taste good, they also do your body good. I think that for the most part we would all agree that they taste much better raw than they do when cooked, am I right?

It is also common knowledge that once you boil vegetables, all the nutrients disappear or do they? Sorry to tell you that once again, you have been deceived.

In this article we will take the time to explain seven of the most commonly believed myths on the subject of healthy eating which to the day, most people continue believing and explain the actual truth on each one.

The advice we will be looking over is stuff you have probably heard more than once about what you should and should not be eating.

For example, did you know that by breaking down the tough walls the surround the beta carotene, boiling carrots actually increases their nutritional value? Yes, it is true and we are only scratching the surface here.

Number one is a subject which people consider to be a no-brainer.

The healthier choice is always foods that are low-fat or fat-free, right? Well perhaps when it comes to certain dairy and meat products it is. However, more often than not fat is being replaced by food companies with an ingredient which is potentially much worse, sugar. What happens when what is in our food is adjusted by manufacturers is that the fat must be traded in for something that gives them the ability to call their product a low-fat product and is inexpensive.

The honest truth is that generally, even though there is less fat, the amount of calories has increased; therefore if you are eating those products, you could quickly begin gaining weight. “Well, the Sour Patch kids advertised that it was a low-fat product,” do you really want to be that guy? I don’t think so!

This is a myth that likely came from that fact that many nut varieties can be found in grocery store right next to the potato chips. However, it is completely false to believe that they are just as bad for the body as potato chips are.

As a matter of fact, research done at Harvard University found that women who eat at least one handful of nuts around five times a week are twenty percent less likely to end up developing conditions such as cardiovascular disease, diabetes and even certain cancers.

Nuts are actually an excellent and healthy source of protein and offer other nutrients as well. So make sure that you take the time to reach for those nuts.

3. You Will be Healthier if You Eliminate Carbs from Your Diet

The many fad diets that are circulating out there is something that we have all heard about, such as those that say that if stop eating carbs, you will lose lots of weight. Even though there are certain healthy aspects to reducing certain kinds of carbs, in general, the benefits associated with the intake of carbs far surpass those associated with not eating them.

Seven main studies all came to the same conclusion: there was a 30% less risk of developing heart disease for those who ate grain carbohydrates. What it really comes down to is consuming the correct carbs, not completely eliminating them. Do your best to opt for whole grains over carbs found in processed foods, this decision is a lot smarter and healthier for you.

This is something that many people stand by, if you really want to toughen up, you have to have a greater intake of protein. Even though protein does help you develop lean muscle, it is not enough on its own. What you need is a healthy combination of fats and carbs and most importantly, regular exercise.

Not only that, but overdoing it on proteins will actually cause negative effects. There have been quite a few studies that have shown that the probability of developing kidney stones is increased by as much as 250% when there is high protein intake. I am sure that peeing out a marble is not on your to do list.

On top of that, your muscles will suffer if your protein intake is greater than your intake of healthy fats and carbs. This is due to the fact that you are not giving your body sufficient nutrients to be properly fueled.

5. It Is Healthier to Eat Fresh Vegetables and Fruits, Not Frozen Ones

Even though this may sound true, it is actually not. What happens when frozen products are packaged by companies is that they quick freeze them when this is done, the loss of vitamin and mineral content is halted.

On the other hand, let’s say that out of a pole of fresh produce, you choose a single peach, you are currently holding a piece of fruit that was first picked, then shipped and stored, this process could take from several days to even several weeks.

While it is on its journey, the produce will lose natural enzymes that are released from it as it begins to ripen, this will actually lessen its nutritional content. So it is actually better to choose frozen than the alternative. That being said, the healthiest option will always be fresh veggies and fruits picked right off the vine, tree, etc.

This is a tradition which has been handed down dating way back as far as the 1700s and is something the countless people swear by. However this is a myth, there is no truth to it at all. It has actually been proven that wakefulness is increased and sleep is disrupted way before if the person in question has gone to bed when there was consumption of alcohol right before.

There have been some recent studies that have shown that even though people do fall asleep faster after drinking, as soon as the alcohol has worn off, they will wake up and this of course means that they did not get a good night’s rest.

These studies also revealed that those who drank, experienced a drop in rapid eye movement, what this means is that not only is a person’s dreams affected, but so are the areas of the brain responsible for memory and retention. In other words, you will pass out if you get hammered, however you will not sleep well so it is best not to do it.

7. Milk is the Best Source of Calcium

Yes, milk does the body good; however not as much good as you have been lead to believe.

Even though milk does contain calcium, on the list of food from where we get the greatest amounts of calcium, milk is pretty far down there and this list may come as a surprise to you.

On this list you will find yoghurt, almonds, navy beans, leafy greens and sardines, just to name a few of the many on there.

On top of that, drinking milk excessively could actually lead to heart disease and prostate cancer. So before you try to get your calcium overload by taking on an entire gallon of milk, you may want to reconsider.

Now on the same subject, let’s take a moment to bust another myth, just as a little bonus fact for you. Your mucus production is not increased by drinking milk; this means that the old wives tale that states you should never drink milk if you have a cold is completely false.

Hopefully after reading this article you gained a bit more insight as to what is and is not healthy to eat.