Are Women With Large Behinds Are Healthier and More Intelligent? 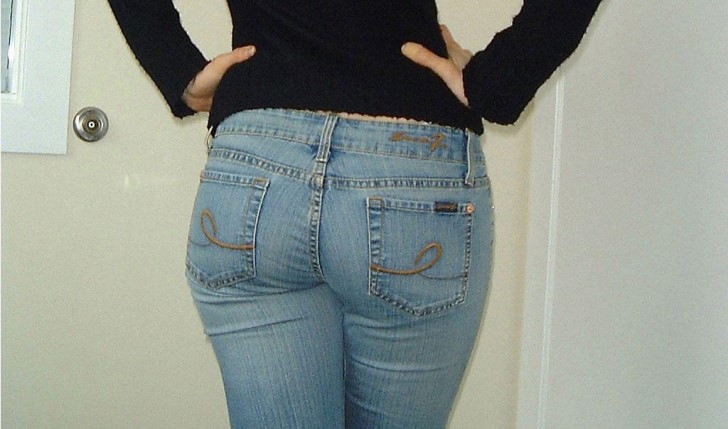 Recent studies have shown that women with larger behinds are more intelligent and healthier. That means having a little extra “junk in the trunk” may not be such a bad thing.

A larger derriere can not only boost your overall health, but the size of a woman’s rear has also been linked to lower risk for chronic disease and an increase in intelligence, according to Churchill Hospital and the University of Oxford researchers in the United Kingdom.

Researchers say that fat distribution is important. If you’re going to have fat on your body, it’s best for it to be below the waist. It serves as a barrier to diabetes, heart disease and other obesity-related conditions.

In the Journal of Obesity, scientists wrote that the lower body fat depot, including the thigh and backside, plays a protective role. These protective properties have been confirmed in studies conducted in a wide range of subjects based on co-morbidities, age, and BMI.

If you compare your body shape to a fruit, you’ll be able to identify whether, or not, you’re on track. If your body is pear-shaped, you’re in a good place, according to researchers. If your body is apple-shaped then you may want to consider a healthier lifestyle.

People with excess belly fat will have more obesity-related issues than people who carry excess weight on their thighs, hips, and butt.

Chicago’s Northwestern Memorial Hospital’s professor of medicine Dr. Robert Kushner who specializes in obesity, says there’s evidence showing that fat depots are not the same in each part of the body.

Fat stored in the belly is more metabolically active, according to Kushner. This means the fat has a greater effect on a person’s overall body and brain when compared to the fat stored in the lower half of the body. This tends to be a more stable form of fat which involves fewer proteins or cytokines associated with the onset of diabetes and insulin resistance.

Kushner adds that there’s a wide range of hormonal markets that are preferentially released from a person’s belly.

Regulating Weight Gain in the Brain

Leptin is another factor linked to fat distribution in women. Leptin levels are crucial to appetite regulation. This correlates with a larger derriere. In people who are obese, the brain stops responding to hormones. This can cause a person to develop leptin resistance, similar to insulin resistance, according to Elite Daily.

If you have a larger butt, favors the leptin levels in a woman’s body. This hormone is responsible for weight regulation and dinopectina, which is a hormone that has anti-diabetic, vascular protective, and anti-inflammatory properties. The buttock’s adipose tissue traps harmful fatty particles, which can help prevent cardiovascular disease.

Does a Big Butt Equal a Big Brain?

A body with a large behind needs a large amount of Omega 3 fats. These fats, are known to increase cognitive abilities, memory, and brain function. Research shows that a child born to a woman with wide hips tends to be more intelligent when compared to a child born to a less curvy or thinner mother.