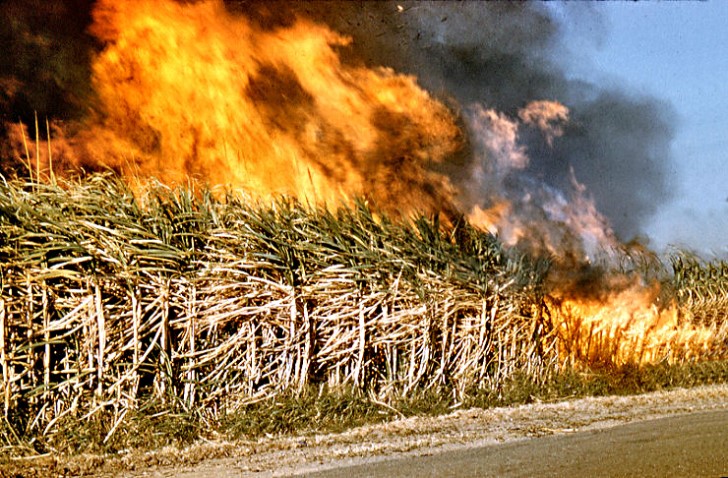 In an effort to eliminate all of the plantations that are using GMO seeds, Hungary has been burning the crops that were created using GMO seeds. According to Lajos Bognar, the Minister of Rural Development, over 500 hectares of corn crops had to be burned due to the GMO. This is equal to five million square meters. The goal is to get rid of all of the GMO.

Per the information portal of Real Pharmacy on the 23rd of May, these cornfields were destroyed and scattered in the Hungarian territory and they had been planted recently. This means that there was no poisonous corn pollen to be dispersed in the air and thus no danger to the present population.

Hungary was the first country to take a position in the European Union when it comes to GMO seeds. In recent years, Hungary’s government destroyed many plantations of crops that were all derived from Monsanto seeds. The Minister, Bognar, states that the producers are required to prove that they’re not using any Genetically modified seeds.

Per the Hungarian press, there are still thousands of acres that are affected. Per the news portal, Portugal Mundial farmers have found that they must defend themselves against the charges of using GMO seeds and materials. They state that they were unaware that the seeds were from Monsanto.

Sadly, the fertile period of the plantations planting season is over half way. It’s now too late to replant. Thus, they’ve lost an entire season of crops. To make matters even more serious, the farmers are out the money as the company that they procured the seeds from has gone bankrupt. This means that all of these farmers have lost all possibility of compensation for their seeds.

Hungary has taken wise steps in protecting the agricultural sector from Monsanto and their imperialism. By contrast, America has been very foolish in selling out the food supply to such destructive corporate interests that are seeking only to gain profit.

By disallowing GMOs and their labeling, they are stopping the use of GMO products. Thank you to USDA, the government is basically playing Russian roulette with our food sources. One day, such crimes will threaten our planet if we don’t do something about it.

Always remember, GMOs aren’t just pollution in the basic sense, they are also a self-replicating pollution that might be unstoppable. Thus, the wisdom of burning the crops to the ground before they ever produce. Fire can destroy the DNA and break down the vegetable matter so that it’s only carbon and mineral ash. Once dangerous fields are now rendered harmless. Fire restores the safety by destroying the replication process.