The Benefit Of Grandma’s Time With Loved Ones 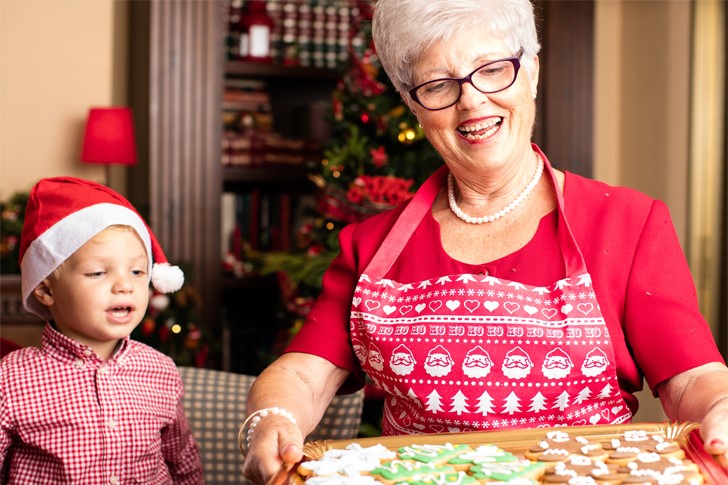 As any loving grandmother will tell you, they generally have no greater pleasure in life than spending time with their loved ones, the grandchildren especially. A new research report has shown just how valuable that time really is. In addition to bringing great joy, visits with the little ones can actually keep the grandmother’s mind much sharper.

The North American Menopause Society‘s journal featured the story, and it’s full of interesting factoids. For instance, there is research indicating that women who are post-menopause have less chance of suffering from cognitive problems such as Alzheimer’s Disease if they’ve spent a lot of time taking care of their grandchildren. Of course, there’s also a way to overdo it. More than four days or so in a week may be an overload and cause a potentially dangerous amount of stress.

Australian researchers from a group researching the correlation of health and age in women measured the cognitive differences between nearly 200 women with an age range of 57 to 68. Only around 120 in the group were grandmothers. The research showed that those helping care for loved ones at least once per week were able to tackle their tests with more success, whereas the ones watching over kids five days or more performed more poorly.

In many of the latter cases, the women felt that their own children were too demanding with what they expected of them. This may tie directly into other studies that have shown how detrimental stress can be on the mind. Here, it has been shown to direct cognitive ability directly.

A lot of prior research also shows how important some degree of regular social integration can be for seniors. One study even suggested that older women and men that were spending a particularly long time away from their families were over 25 percent more likely to pass on within a 7 year time frame than those with regular visits. There is also already research indicating that more modern communication such as that done through social media can lead to healthier aging overall.

While this latest study is the first to measure the correlation of time with the grandkids and cognitive ability, its findings are of no great surprise given everything else we’ve learned about our mental health. Even so, it serves as a great reminder to make sure you keep in contact with your loved ones rather than let them slip away.